åSpectrum Canine is a team of successful and accomplished trainers servicing the greater Bay Area. Our training philosophy is born from hands on experience using the most effective training methods with THOUSANDS of dogs. Our emphasis is on balanced training where a dog is motivated to work at his optimal capability. 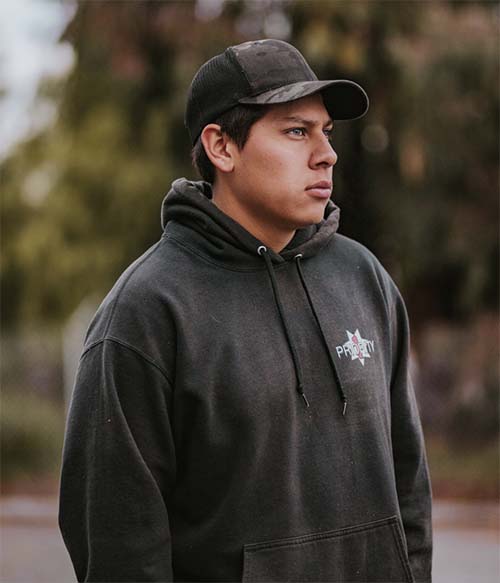 Ricky began training dogs at a very young age, starting with participation in a local chapter of the American Kennel Club. Shortly after he began training and raising guide dog puppies for the most well known service dog organization in the country, Guide Dogs for the Blind.

It is there that Ricky was able to master his skills in raising a performance/ working dog. From the day puppies were born, every single interaction had a purpose. The dog had a very specific job and Ricky’s job was to train them to the impeccable standard. During this time, Ricky caught wind of a German police dog sport called Schutzhund.

He quickly realized that apprehension dogs was his passion and every free second of his day was now invested in Schutzhund. He became one of the youngest members of the United Schutzhund Clubs of America and completed his Basic Helper Certification as well.

A few of his club members were prominent members of the Police Dog community at the time so Ricky was ushered into that environment quickly. Ricky’s experience with high level control and obedience gave him an advantage in the police K9 field. He quickly excelled as handlers saw his extreme quality in obedience and control work. Due to his experience with some of the most powerful working dogs around, Ricky has been very successful in rehabilitating aggressive/reactive dogs as well.

Through the use of his very effective and modern training techniques, Ricky spends his day training pet dogs to be better citizens of the community, counseling sport-dog teams to their highest capabilities and bettering the working relationship between police K9’s and their handlers. 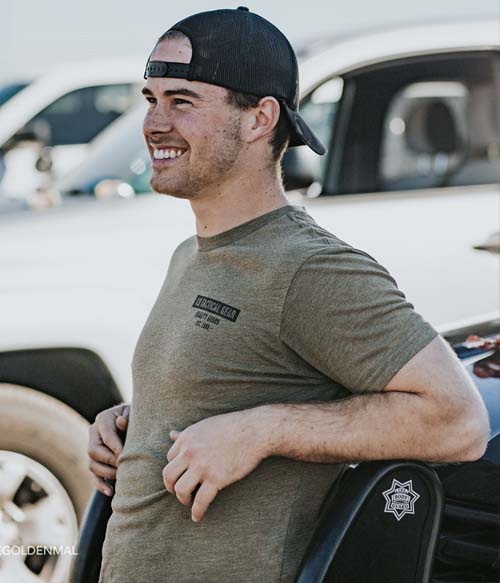 Stephen Leitzell began training dogs at the age of 12 with his own German Shepherd puppy and shortly thereafter began learning and helping with protection dogs and police K9s from a local vendor, spending countless hours volunteering and gaining a better understanding of how to raise puppies, select police K9s, and train them in various tasks including patrol work, detection, and tracking.

He has organized multiple training seminars with various talented trainers, including Dutch KNPV national champion Sandra van Zuijlekom and Dutch national level decoy and trainer Renko Ax to further develop his training skills from the best in the world, as well as seeing how they chose dogs to perform at the highest level in the world.

He has been involved in various stages of training with hundreds of dogs, from pet and sport dogs, to high level police K9s. He has spent time working with multiple police K9 vendors, and from this experience he has gained insight into the wide array of problems currently plaguing the police K9 industry, and has a strong passion for maintaining an extremely high standard in both the caliber of dogs he chooses and in the training he conducts.

He has also gained a high level of recognition as a skilled decoy, both for police dogs and competition dogs, having conducted decoy training both locally and on the East Coast.

He was the first non European to be certified as a trial level helper by the American Politiehond (Police Dog) Association, a rigorous written and hands-on examination which many people had previously failed to pass.

Additionally he has attended multiple decoy training camps for the sport of PSA (Protection Sports Association), a highly regarded and respected sport for working dogs in the US. He has also decoyed for numerous police K9 competitions, hosted by the Western States Police K9 Association (WSPCA) and agencies including Stockton, West Sacramento, San Leandro and Lodi, decoying over 30 dogs at each trial.

From all of this experience, Stephen Leitzell has a unique ability to build an extremely powerful police K9 that will perform in the most stressful and challenging environments imaginable. 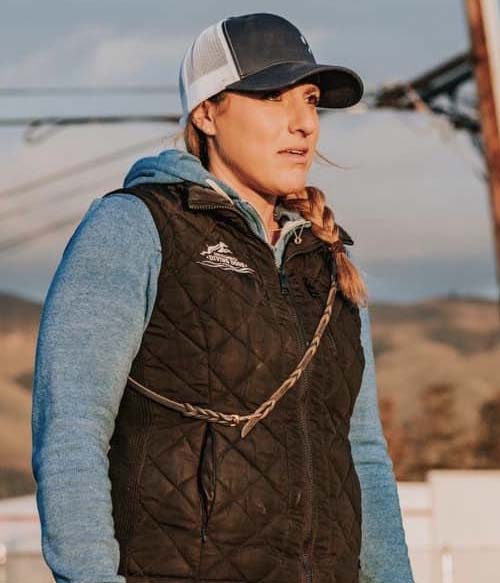 Johnny is one of our original Spectrum Canine trainers. He grew up attending police dog competitions which developed into an obsession and passion for dog training.

After graduating high school Johnny played collegiate baseball, where he later decided to pursue a career in Fire Science. After graduating from the fire academy,  he worked as a 911 operator for 2 years, and then moved on to work as a firefighter with Cal Fire for 6 years.

Throughout that time, he continued to educate himself and attend dog training seminars. He also decided that decoying police dogs and protection dogs was something of interest.  Shortly after, he met Ricky and Steve and immediately knew that dog training was something he wanted to pursue full time.  Johnny hasn’t looked back since.

Johnny has trained a wide variety of dogs/puppies throughout his time with us.  He takes on basic obedience, aggression, reactivity, protection, puppies, and many other cases.

Johnny’s experiences are unique and he really brings a lot to our team. His goal is to make each dog the best version of themselves, and allow them to live their lives to the fullest, while simultaneously making the owners life more enjoyable by having a well behaved and fulfilled dog. Whether it’s a pet dog, a police dog, or a hunting dog, his goal remains the same, to create a strong relationship between dog and handler.

Get Your Dog Trained By Spectrum Canine.

Spectrum Canine offers dog training, group lessons, private lessons across the San Francisco Bay Area. No matter the breed, we can train your lovable pet to reach its highest potential.